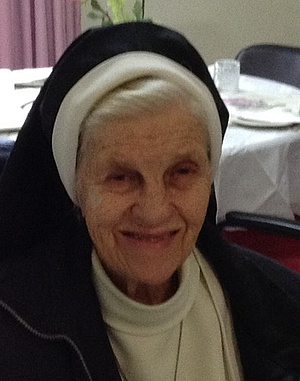 On Friday, 30 July 2019, Sr. Mannes Fourie died in Pietermaritzburg, South Africa, some 4 years after her twin-sister, Sr. Dominic-Mary. During their seven years of employment as typists at the Child Welfare Office in Johannesburg, the twins, as they were commonly called, found a place to live at “Mazenod” (now “Koinonia”), our girls’ hostel in Judith’s Paarl, Johannesburg. They later entered our Congregation, made their first profession on 14 July 1955 at Oakford and their final profession on 16 July 1958.