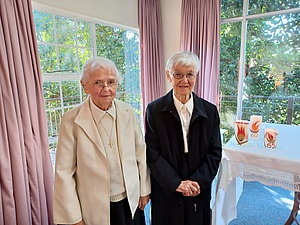 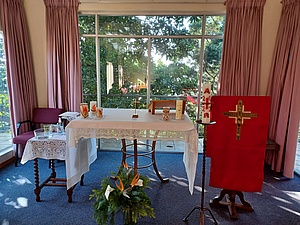 Ready for the eucharistic celebration 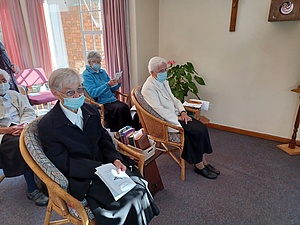 Sisters attending the celebration of the Eucharist 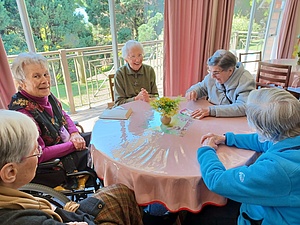 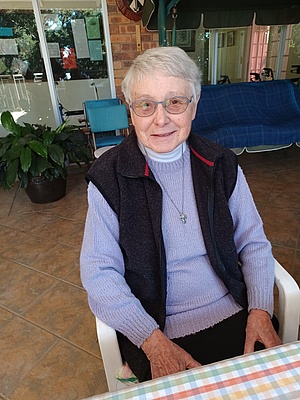 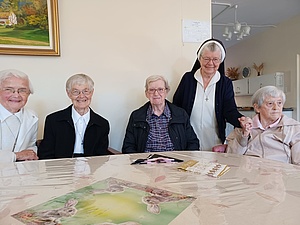 The jubilarians Srs Evangelist and Angelina with Srs Marie-Thérèse, Leona and Hermine who celebrated their profession day

In South Africa, two Sisters celebrated their 65th anniversary of profession on the same day as the Sisters in Germany. On the 3rd of May, Sr Angelina Diekgerdes OP and Sr Evangelist Balsfulland OP celebrated their jubilees of religious profession at Villa Assumpta in Pietermaritzburg, South Africa. There the jubilee celebration started at 9 am with a Mass celebrated by Fr Walter Kawisi OP.

Sr Angelina and Sr Evangelist are companions of Sr Mellita, Sr Antonia, Sr Thelma and Sr Ildefonsa who all joined our Congregation on the same day in May 1957 in Neustadt, Germany.

In their thoughts, the six Sisters were certainly together on their Jubilee Day. Many years ago, Srs Evangelist, Angelina, Mellita and Thelma were sent out on mission to South Africa. However, Sr Angelina and Sr Evangelist remained on the continent and are now spending their retirement at “Villa Assumpta” in Pietermaritzburg, while Sr Thelma and Sr Mellita, after years of pioneer work in Argentina, returned to Germany a few years ago.

After the Jubilee Mass, Sr Angelina and Sr Evangelist met with their fellow sisters for tea and were happy that they could finally see and talk to each other in person again. In the past, Corona had not always allowed personal exchange due to many restrictions. All the more reason to rejoice now that they were all together!

The sky over Pietermaritzburg was kind to the jubilarians and all those celebrating. It was a bit chilly in the morning but during the day, the weather cleared and it became sunny and warm. A wonderful day for all who celebrated this wonderful day!