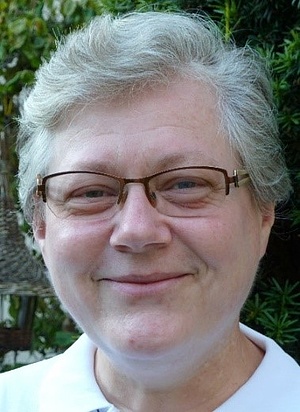 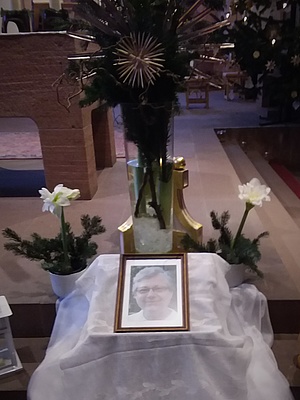 On the morning of 29 December 2021, we lost Sr Eva-Angelika, the youngest Sister in our German Area of the Congregation. May she now be our intercessor with God.

Angelika Margareta Herbst was born on 21 May 1961 in Würzburg. She entered our Congregation in September 1989. At her reception, she chose the name Eva-Angelika which she saw as pointing to a mission to become a "messenger of life". On 8 August 1992, she made her First Profession and six years later her Final Profession.

Already in her second year of novitiate, she worked in educational work among youth at Volkersberg. After her First Profession, she completed the practical part of her studies and, in 1995, passed her exams as a pastoral counsellor. She worked as a youth education worker at Volkersberg until 2005 and then as a pastoral counsellor in Lohr, St. Pius. From 2012, she worked in the team ministry of "Maria Regina im Spessart, Heimbuchenthal".

Sr Eva-Angelika was versatile, creative and inquisitive. She tried to get to the bottom of things, to understand them herself and to make them understandable to others. She was a proud and convinced Dominican, which found expression in preaching, teaching and liturgical singing. You can light a candle für Sr. Angelika in the online concolence book.

May she now be our intercessor with God.

Read more in the obiduary