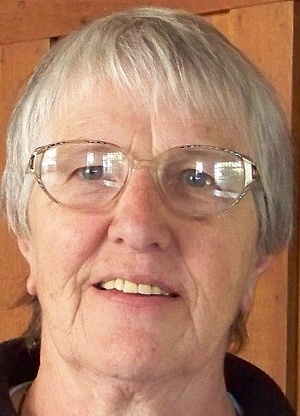 “Together with others -
for the sake of Jesus and the Kingdom -
to the ends of the earth.”

Martha Maria Priess was born in Wallertheim in the Diocese of Mainz on 13 February 1939 shortly before the outbreak of World War II, the third of six children. Her experience in the Catholic Youth Movement had a formative influence on her and was a natural preparation for religious life.

Sr Justina entered Neustadt in August 1957, made profession on 2 May 1959, and left for Oakford in November 1959 on the “Edinburgh Castle”. She completed her matric at Oakford, received a teaching diploma at the Natal Teacher Training College, and a BA degree through the University of South Africa.

She lived and worked many years in South Africa an England. What she called her final project was the “Right-to-School” in Bertrams, assisting children of poor families to receive at least a basic education in nearby government schools. She had a gift for writing and poetry, often with a Dominican or spiritual theme.

In October 2017 Sr Justina left for Magaliesburg to begin her retirement, cooking for the community and engaging with boys of Boys Town. When her health began to fail Sr Justina moved to Riverside Park in Pietermaritzburg in 2020. She died at Riverside Park on 30 June 2021.

Now at peace, she enjoys the company of the Lord whom she served so generously all her life.

May she rest in peace.