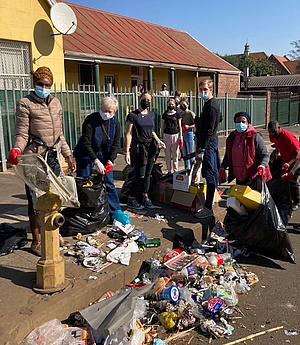 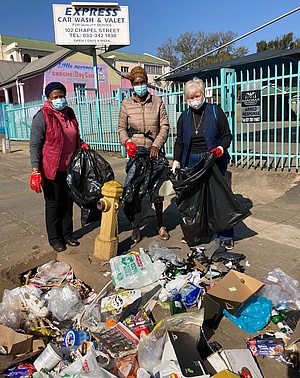 After the excesses of violence it is time to clean up

South Africa suffered its worst violence in nearly thirty years in what is being alleged was a failed insurrection against the State.

The catalyst for the uprising which took place mainly in two provinces, KwaZulu Natal and Gauteng, was seemingly the incarceration of former president Jacob Zuma on contempt of court charges.

What some initially suggested could be attributed to ethnicity (by the Zulu supporters of the former president) moved quickly into anarchy and chaos. Shops, factories, warehouses, depots were looted and set alight.

People, especially in KwaZulu Natal were killed, some of them in gunfire, others in stampedes. In some areas, community groups took to the defence and protection of their shops, assisting the over-stretched police who were out-numbered and unable to cope in all the hotspots.

The government was slow to act, caught off guard and ill-prepared, but by the end of the week National Defence troops had been deployed to assist the police in restoring order in the hotspots and most affected areas.

The president addressed the nation on 16 July, apologising for the government’s tardy response, and providing an update on how calm was being restored to the country. Lives were lost, businesses totally destroyed, properties and infrastructure vandalised and damaged.

Economists are warning that South Africa will struggle to recover given the poor state of the economy and the high levels of unemployment even before Covid 19 hit in 2020. The pandemic exacerbated an already dire situation, and the recent violence has taken its toll and will continue to take its toll on the country.

Even as people began feeling the effects of shortages of fuel, food and other basic goods not available in their local areas, thousands of people took to the streets in their areas to clean up in the aftermath of the devastation.

Srs Celia Smit and Eva-Maria Thupatsogong joined the clean-up in one of the streets in Pietermaritzburg, the capital of KwaZulu Natal, one of the cities badly affected.